It was the second cycle of the semester as 4th year students (*dances because I’m getting closer to the end*), and it was to be “Phthisiopulmonology”, which is a fancy word for “Study of Tuberculosis”.
We had been warned that the teacher was racist and mean, and truth be told, I didn’t warm up to her the first day. Come Monday morning, she came into class smiling and welcoming, so I relaxed.. See, she isn’t so bad…

She laid down the rules of her class, and the smile was gone. They seemed reasonable : don’t touch her stuff, leave the window open, come to classes on time. . But I understood why some students took a disliking to her.

It was her tone. There was something off-putting and condescending about it, even when one was sure that wasn’t her intent. She also tended to go on about the TB epidemic in our countries (India, Ghana and Nigeria), but even then I understood. She was trying to make us understand the importance of having knowledge about the disease.

So, I left the class with mixed emotions. I didn’t like her, but at the same time, I didn’t agree with the extreme views about her.

The next day however, was her birthday. So, we decided to get her a cake and flowers.

I was pleasantly charmed by her response. She was glad for our efforts, and has the assistants bring in mugs, hot water and plates,  and we had ourselves a tiny birthday celebration in class.

She opened up and told us about her family, places she had visited (she had a pretty rock from the Black Sea  on her table) and her experiences in foreign lands. 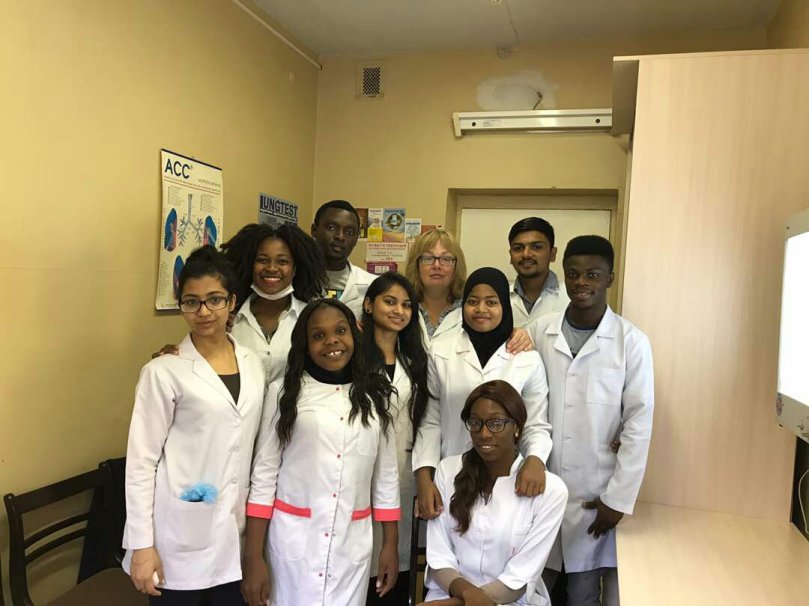 Her tone changed too, from that class and onwards, and, I’m sure a nice gesture didn’t change who she was, or her opinions, but it allowed for an easier conversation to be had, so I could get to know her better.

Lol, then again, she’s my teacher. And there’s no rule that demands you be besties with one’s teacher. We established a good rapport, which made the rest of the week easier.

The lesso-n in this : Be nice to your teachers, even the ones that you may dislike. At the end of the day, it’s just a job to some of some them. Focus on getting as much as you can from the class, and move on…but ĵust kñow :

Cake is the best ice-breaker 😉

Ps, have you had any difficult teachers? How did you deal with them?